Bee Loud will be performing poems by some Dedalus poets - including one of my own - and other treats! for Halloween 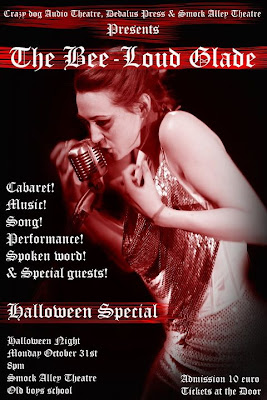 Posted by Paul Perry at 1:38 AM No comments:

I met IIlya at his Oxfam reading in London last week. It was a brilliant reading!
Posted by Paul Perry at 4:10 PM No comments: 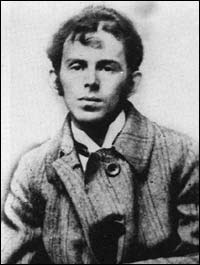 
we live without feeling
the border between us

and our feet do not touch the ground

like poisoned berries
he spits each execution from his mouth
Posted by Paul Perry at 7:28 AM No comments:

Featuring many of the best-known names in Irish writing (among them, Colm Toibin, Claire Keegan, Joseph O'Connor, Paula Meehan, John Montague, Alex Barclay, Colum McCann, Kevin Barry, Paul Durcan, and many many more - like me!), Shine On is a major anthology of new Irish writing, edited by Pat Boran, with a Foreword by Miriam O'Callaghan, and with all of the writers donating their work without charge. (See below for entire list of contributors.) 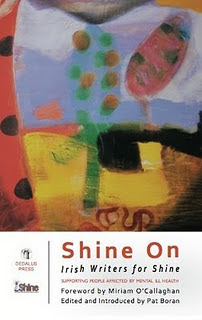 We're delighted to be involved and hope the book attracts much-needed attention and support for one of the most important voluntary bodies now working with Ireland's disadvantaged. Help us spread the word.

The book was launched by Miriam O'Callaghan at the Oak Room, Mansion House, Dublin, on October 11, 2011

http://www.dedaluspress.com/ to order
Posted by Paul Perry at 5:21 AM No comments:

Plus a book signing

Email me for more information or if you would like to take part - free event. All welcome! Penryhn Road campus, Kingston University (directions and info will be available in reception)

With music from Nomi & The Points

Come and join us for a feast of poetry and music!
Posted by Paul Perry at 8:22 AM No comments:

A recent review I wrote for The Irish Times


Michael D. Higgins’ New and Selected Poems appears during his campaign to become the next President of Ireland. In a foreword, Abbot Patrick Hederman OSB tells us that poetry ‘should be a guide towards the future and an essential voice in the drama of creating a more habitable planet.’ The rhetoric is similar to Higgins’ own aspirational manifestoes and lyrics. His poetry certainly shares his political zeal and humanitarian scope. In fact Higgins does not shy away from the political in his poems. In The betrayal, he visits his father in the poorhouse or ‘in the liberated era of Lemass, / given a saint's name, ‘St. Joseph's.’’ He continues:

It was 1964, just after optical benefit
was rejected by de Valera for poorer classes
in his Republic, who could not afford,
as he did
to travel to Zurich for their regular tests and their
rimless glasses.

Higgins' republic would be a different one indeed; we are left in no doubt. In his presidential campaign, he talks about a 'real' republic, one of inclusion and creativity. And yet, even with such a civic-minded poetics, there is a deeply personal thread throughout, so much so that there is the feel of memoir about the collection. In fact the five sections of The New and Selected Poems - Early Days, Of Rural Realities, The Gaze Not Averted, Of Irony and Insufficiency, Of Friendship, Loss and Hope - all begin with a prose piece where we hear about, among other things, the wireless, a father’s illness, a farm on which the young Michael D. learns to milk a cow and sow turnips and how he went bare-foot in summer. When his father dies, a ‘sleveen republican offer of a military funeral’ is declined. But this is not another misery-memoir and the reminiscences are often accompanied by at times a more sermonising note. They also invoke other poets Austin Clarke, Paul Durcan, Patrick Kavanagh and Hans Magnus Enzensberger. There is also warmth and humour here. Beginning the section Of Irony and Insufficiency, Higgins writes that for ‘a republic, Ireland has a very large number of chains of office. Indeed, I recall events I attended as mayor of Galway, where great pleasure was expressed at ‘the presence of the chain here tonight.’ ’
Formally, Higgins employs a short line which is sometimes slack and arbitrary, but the poems do have something of the social document about them, and read like an authentic record of rural life. This sense of authenticity is amplified with rich detailing strokes such as the ‘velvet’ ears of an ass or the ‘sciartáns’ (a blood-sucking maggot found on cows' udders) mentioned in The death of the red cow. At other times, the statesman’s rhetoric enters the poems and the register of the language becomes inflated and the verse veers into the territory of platitude; for example when Higgins writes, ‘memory gives birth / to imagination’ in Of utopias or ‘is it the fate of sons to become their fathers’ in Of sons and fathers. Other filial poems remember his mother. In Dark memories he quotes her as saying 'If I was starting out again / it's into a convent I'd have gone’.
Titles such as Foxtrot in San Salvador, Pol Pot in Anlon Veng also suggest a political awareness beyond Irish shores, but it is poems like The Minister's black car and Jesus appears in Dublin in 1990 at the Port & Docks Board site, and Minister for Justice addresses new Irish citizens who were previously non-persons seeking asylum or work which carry the greater outrage and ironic bite.
It is a difficult task to combine political engagement with a poetic vocation. It’s not that poets are the unacknowledged legislatures of the world, as Shelley had it, something which better describes the secret police, Auden quipped in response, but that the independence of a poet is vital. Michael D. Higgins has dedicated his life to politics and to public life. As the Easter Rising's centenary approaches, it begs the question - what would it be like to have a president who is also a poet? As Higgins writes in one poem, ‘we make our own hope and history’.
Posted by Paul Perry at 10:34 AM No comments: