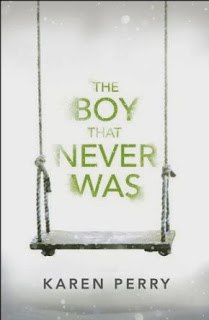 
“Impossible to put down. This pulse pounding thriller is bristling with suspense—a fantastic debut.”—John Hart


"A truly remarkable novel. THE BOY THAT NEVER WAS is a pitch-perfect balance of driving plot and honest, complex human emotion. Written in a captivating, lyrical style and brilliantly structured, the story grips your heart from the first pages and simply never lets go."


THE BOY THAT NEVER WAS is that powerful thing, a beautifully written mystery driven by its exploration of the characters' innermost hearts - of the inexorable ripples that loss sends out, and the terrible damage people can do to those they love most. Both as a crime novel and as an emotional journey, it's gripping stuff.'

THE BOY THAT NEVER WAS kicks off with a gut punch of every parents' worst fear and never lets up. Part thriller, part introspective emotional novel, the book dives into what it feels like to survive the unthinkable, and then -- what if -- you could get it all back. No really good guys or bad guys here, just emotionally wounded people struggling to hang on. Highly original and highly entertaining

“Deliciously taut…the haunting, sometimes vague flashbacks to Tangiers create a sense of alluring, exotic danger. Readers drawn to the intense emotion and zero-sum conflict of Andre Dubus III’s House of Sand and Fog (1999) will love this one, as will those captivated by the missing-person intrigues in Laura Lippman’s What the Dead Know (2007) and Lisa Scottoline’s Look Again (2009).”—Booklist, Starred Review
Posted by Paul Perry at 7:21 AM No comments:

A very enjoyable discussion and reading by Kay Ryan last week in Nenagh. Thanks to everyone down there for a thoroughly enjoyable evening of poetry. 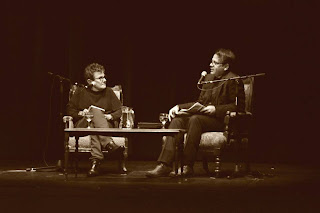 Posted by Paul Perry at 6:22 AM No comments:

I was in Deia last week to see the Graves Museum. A man was sitting on a bench in the garden. It looked very like Robert Graves. It was Juan. The very same Juan as 'To Juan on the Winter Solstice'.  Here's a photo of us: 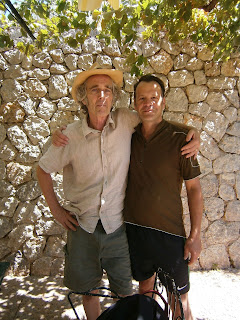 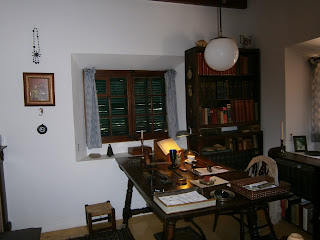 Posted by Paul Perry at 8:01 AM No comments:

Marc Neys, aka Swoon, has made a new film based on my poem ‘River of Light’ which appears in my  first book, The Drowning of the Saints, (2003), and which will also appear in Gunpowder Valentine: New and Selected, the Dedalus Press, 2014.

The poem is also a poem on the Leaving Certificate in Ireland from 2015.

The Innocent Sleep - A Karen Perry Novel - see previous posts for what it's all about and who Karen Perry is anyway- is available to preorder on amazon.com or amazon.co.uk 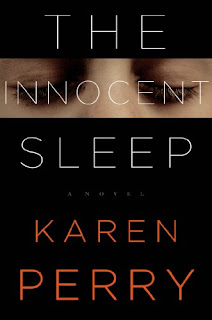 Posted by Paul Perry at 1:50 PM No comments: 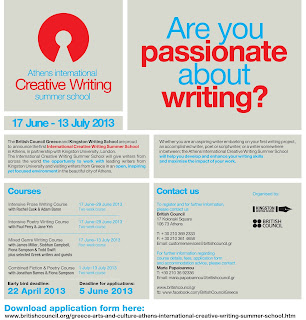 I'm heading out to Athens next week to teach for the KWS / British Council Athens Inernational Creative Writing Summer School. Applications are still being taken. SOme Awards / Scholarships available. Click on image for more details - a wonderful line-up of writers including Jonathan Barnes, Jane Yeh , Fiona Sampson and Rachel Cusk.
Posted by Paul Perry at 1:11 PM No comments:

Posted by Paul Perry at 7:11 AM No comments:

Here we are - Karen Gillece and myself at Penguin's Crime Party in London at the Union Club in Soho. We met the lovely Nicci French who also blogged about the event and our meeting!

http://www.niccifrench.co.uk/blog/
Posted by Paul Perry at 2:24 AM No comments: 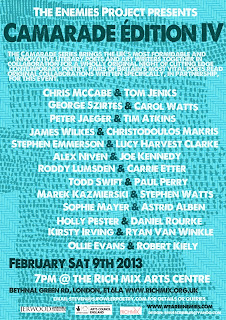 Posted by Paul Perry at 1:36 AM No comments: